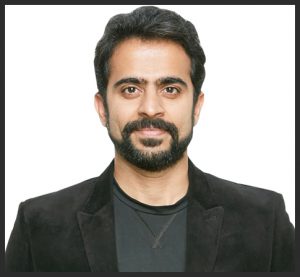 Rajiv Dingra is the Founder and CEO of WATConsult, the most awarded digital and social media agency of India, founded in the year 2007. An entrepreneur and a thought leader in the digital space, Rajiv started his journey in the digital space at a young age of 22 years. Currently he leads a team of 350+ people at WATConsult, which is headquartered in Mumbai, and has offices in Delhi and Bangalore.

A great storyteller, Rajiv has been speaking globally at digital and social media seminars and forums across New York, Bangkok, Dubai, Amsterdam, London, Malaysia and Africa along with India. He is an active jury member across prestigious awards shows like Effies, DMA Echo, Smarties, Abbys, IDMA and many others. Not only that, but he was also one of the speakers at TEDx Mica 2018.

Rajiv was also the brain behind India’s most globally acclaimed and award winning digital campaign, #PowerlessQueen. The campaign was shortlisted in Cannes Lions 2018 and has also won metals across the globe including, London International Advertising Awards, Lisbon Awards, Clio Awards, Epica Awards, Spikes Asia awards and many others.

Very recently, Rajiv acclaimed the Impact 40 under 40 title and Media Ace Digital Agency Head of the Year title. Rajiv was also featured in one of the prestigious Campaign Asia 40 under 40 list of advertising, media and mar-comm professionals across APAC region, Digerati APAC list 2018 by The Drum and Campaign India A-List 2018. He also won recognition as a Linkedin Power Profile for Marketing and Advertising category for 2 consecutive years (2016 & 2017) in India.

He has won ‘The Young Social Media Entrepreneur of the Year’ at CMO Asia Singapore (2015) and the Agency CEO of the year (runner up) at the Media Ace Awards (2016). He is also a part of the Digital Council and the Executive Board at Dentsu Aegis Network India.

He is a guest lecturer at IIM Calcutta and MICA Ahmedabad and has also been actively involved in conducting workshops for social and digital media across India, Dubai, Sri Lanka and Turkey. Over the last 11 years, Rajiv has worked with more than 100 Global and Indian brands for their digital media campaigns and strategies and under his guidance and leadership WATConsult has won over 200+ digital and social media awards for work done across distinct marketing campaigns.

A travel enthusiast and adventure junkie, Rajiv has been to 30 countries in the last 10 years where he has dived in the waters of Bali, Maldives, Vietnam, South Africa, Thailand and Mauritius as an amateur scuba diver and has flown a two-seater plane in UAE and a helicopter in New York!